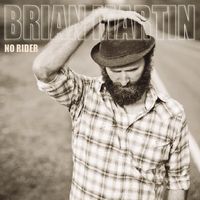 From the recording No Rider

Oh mothers don't you fear, they ain't gonna drop no bomb over here.
Won't be a bang, won't be a boom, just a TV set in your living room.
It's coming in loud, coming in clear, coming like a freight train through your ear.
What you gonna do, what you gonna say, when they take your boys, take your boys' bones away?

Feeding us lies, preaching us fear, oh my child the end is near.
Now now widows don't you cry you know all God's children one day gotta die.

Everybody's chasing American dreams, soaked in blood and kerosene.
Hoping for a flame, waiting on a spark, hoping nobody's gonna blow them all apart.
Well all I ask and all I crave, is a lonely walk to a noisy grave.
Cause in the end we'll separate the rags we wear, from the rags we wave.

Spoon fed head, your thought's been bled, you cry out to God from the devils' bed.
Knick knack paddy whack throw a bum a bone I can chew or spew your views on my own.
Teacher wrote me a history, Doctor cook up a new disease
Preacher man make a shiny new lord and Mr. President well, he built me a war.
Don't know what I'm fighting for.